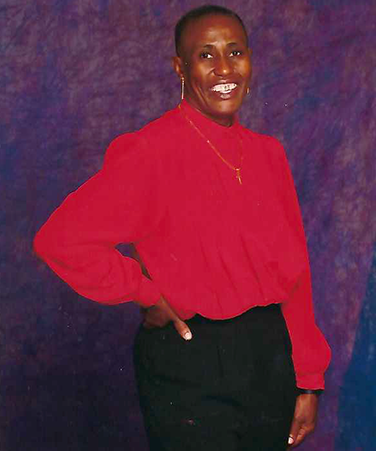 BROOKLYN, NY – Army Reserves veteran Barbara Thomas-Timoll remembers her first “military” introduction at Kingsborough Community College (KCC) in the fall of 2018 just like it was yesterday.

“My first professor was English. Some students in the class were misbehaving,” she remembered. Annoyed, her military training kicked in. She took charge and told the students in a stern manner to “quiet themselves and learn.” The professor then chimed in that Ms. Thomas-Timoll is a military veteran, which caught her classmates’ attention and respect.

“They said ‘really?’ How long have you been in the military and I said, before you were born – 33 years. They asked me how it was? They asked me what do I want out of it? This gave me a drive and I said I want a college degree,” recalled the 59-year-old Brownsville resident who is a tourism and hospitality major at KCC.

First-time student veterans often face challenges when trying to adapt to school after military, ranging from lacking the structure of the military to connecting with their classmates and professors on campus, to being much older than their peers. Some students also suffer from PTSD or traumatic brain injury.

In addition, many are juggling school, work and family life simultaneously, which can be overwhelming. But thanks to a number of programs and resources for student veterans at KCC, many say they feel welcomed, they have stayed in school and graduate. 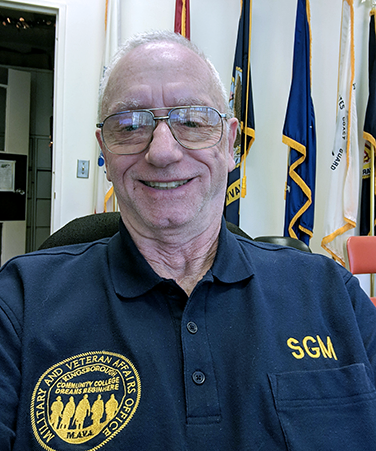 At age 78, retired Army veteran Michael Gutstein, fondly known as Sergeant Major, said he is the oldest military vet on KCC’s campus. He came to KCC over seven years ago, first as a volunteer working in the Office of Military and Veterans Affairs (MAVA) before being hired as a college assistant within the office.

According to Gutstein, the enrollment of self-identified student-veterans at KCC this fall is 165. The average age range is 25 to 30, although he has met students who have served during the Vietnam War. The student population also served by MAVA includes active military members, retired veterans, veteran dependent spouses and survivors.

The students are eligible to take part in special KCC programs, such as ASAP, College Discovery and KCC Flex program. MAVA also connects them to resources within and outside of KCC, including tutorial services, accessibility services, and personal counseling.

“The military offers structure and a set schedule.  Returning to a life void of that routine can be daunting at times,” explained Gutstein. “It can be difficult to find folks who understand the experience, so it helps to connect with other veterans.”

To that end, KCC hosts an armed forces student-veterans club for active military members, reservists, retired veterans and their spouses, dependents and supporters of veterans. The club usually meets on campus but, due to the coronavirus pandemic, Zoom meetings and a virtual lounge take place instead — five days a week.

Thomas-Timoll said everyone has been very supportive, from the College’s president to the professors and staff. “Now and then, when I get a little down, I go see Dottie in the nurse’s office and she’ll be like ‘Barbara, I got you.’ And the guards….I get a lot of respect from them, too.” 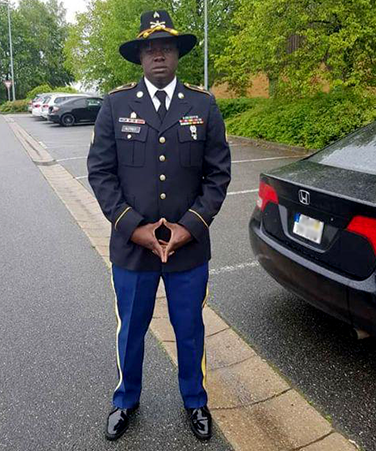 Gutstein said many of the student veterans have graduated and gone on to four-year colleges. That’s the goal of retired Army disabled veteran Adrian Alfred, 34, a transfer student from Central Texas College majoring in criminal justice at Kingsborough.

Because Alfred started at KCC after classes went remote, he said he hasn’t had classroom challenges. However, he admits, remote learning is a little strange to him.

“To get the work done at the assigned time, I have to act like one of my field sergeants is on my back,” explained the Brownsville resident who comes home after working a daily shift from midnight to 10 a.m. to jump into his schoolwork. “School is important. Being a veteran with an education is better than being a veteran without an education.”

Alfred said he also feels welcomed and supported at KCC, from President Claudia Schrader and the Welcome Wagon team to Tara Yarczower in the Office of Military and Veterans Affairs. So far, he has met two fellow veterans at KCC. He’s looking forward to meeting more of them once the COVID-19 restrictions are lifted, so they can share their military experiences.